Tanzania’s spice industry flies under the radar compared to some other regions, but the country has unique advantages for growing perennial spices that provide amazing opportunities for commercially sustainable, social and environmental impact. Now, with a greater emphasis on farming in harmony with nature, the country is getting an aromatic whiff that spices can be a driver of economic and landscape change, combatting habitat loss and preserving precious biodiversity. But there is still much to be done.

Tanzania has a long and colourful relationship with spices. For centuries the island shores of Zanzibar were a critical East-meets-West outpost along the global spice route, drawing sailors and merchants, pirates and privateers in the name of exotic aromatics. The connection reached mainland Tanzania much later when German colonialists established plantations of cardamom and black pepper in the 1890s. A century on, spice farming had its heyday in the 1980s, when black pepper cultivation was promoted in the East Usambara region and became a major cash crop.

Today, Tanzania’s Zanzibar archipelago is still well known for spice production – cloves in particular – but the Eastern Arc Mountains are an equally important production region, especially for black pepper, cinnamon and cardamom. This extensive mountain range in the country’s northeastern territories stretches over a thousand kilometers. One of the gems in its crown are the East Usambaras, where the shady tropical highlands, fertile lowlands, and coastal proximity create unique microclimates, ideal for growing a number of spices.

But the Eastern Arcs are responsible for much more than spice cultivation. Each isolated mountain block in the chain makes a habitat ‘island’ so uniquely valuable, so teeming with biodiversity, that we might think of them as Africa’s Galapagos. They support hundreds of endemic species (96 vertebrates and 800 vascular plants) and supply water to a quarter of the country. They act as a critical natural buffer to climate change, capturing over 100 million tonnes of carbon within the submontane to subalpine forests. This macro landscape also offers a home to millions of Tanzanians who rely on its soils and natural resources for food and income. 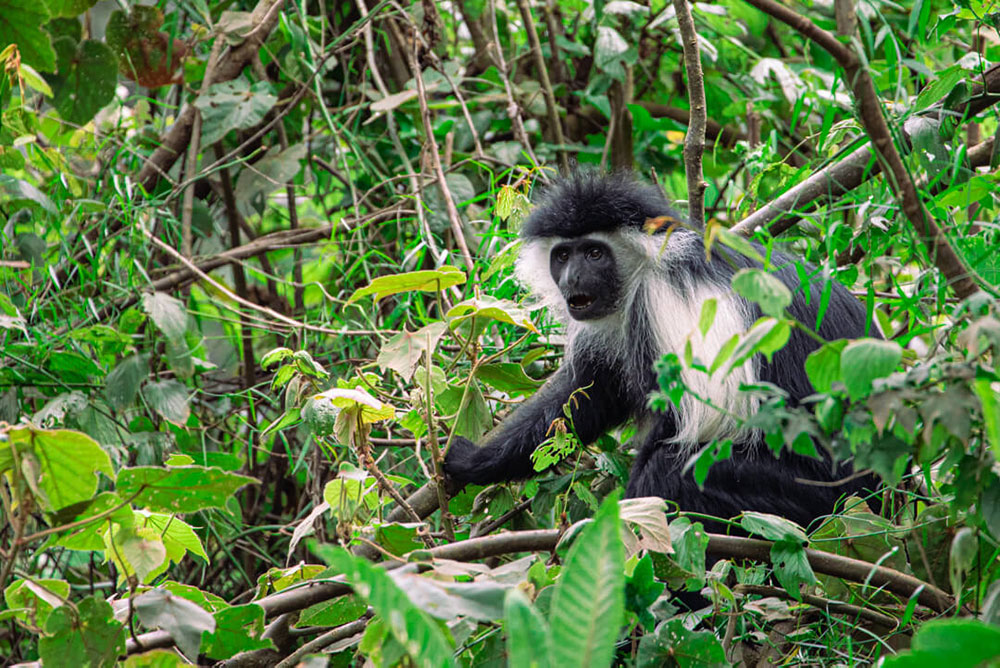 The Eastern Arcs are a biodiversity hotspot, supporting islands of niche plant and animal life.

Fulfilling these multiple roles is a lot to ask of one landscape. Competing land uses can place undue pressure on its fragile and finite resources. And when the forests are denuded and the catchments compromised, soils eroded and habitats destroyed, in the end, everything – be it animal, vegetable or mineral – suffers the fallout.

The lay of the landscape

By some estimates, less than thirty per cent of the Eastern Arc’s forests remain. This destruction has greatly disturbed the delicate balance of life once found there. It has happened swiftly, in a loop of negative returns: increasing population pressure and poverty spurs forest clearing for crop fields planted for food and money; this farming takes nutrients out of the soil without replacing them, and without the forest-fed compost, the land loses productivity; biodiversity is compromised below ground and above it, causing farmers to seek out new land for their activities.

Spice growing itself is one of the main culprits of habitat loss. In the East Usambara mountains, sixty per cent of farmers grow black pepper and/or cardamom as a cash crop. According to a report by the International Trade Centre, the cultivation methods of cardamom typically takes place within the natural forest after “eliminating the understory and middle layers and thinning the canopy”. Studies show that growing cardamom in the forest becomes unproﬁtable after about seven years, after which farmers often turn to other annual crops like maize and bananas, which prefer lots of sunshine. And so the situation worsens from the initial thinning to drastic clearing, and eventually severe damage.

A typical pattern of forest degradation following the planting of cardamom in the East Usambara Mountains. (Modified after Stocking and Perkin)

From:
“Small Cardamom—Precious for People, Harmful for Mountain Forests Possibilities for Sustainable Cultivation in the East Usambaras, Tanzania”, Reyes, Luukkanen, and Quiroz

In recent years, huge amounts of money and effort have been put in by Tanzanian and international communities to combat the loss of these extraordinary forests. These efforts have curbed the trend, and deforestation is happening less now than at any other time in the last twenty years. The hopeful results are driven by the cooperation and engagement of the forest neighbours and custodians. However, the lack of economic alternatives and minimal change in the day-to-day lives of rural Tanzanians means that the futures of both people and the special endemics of this landscape are still teetering on the verge.

The problem can be the solution

Spice farming can be a driver of economic and landscape change, but this isn’t a given. It really matters how the industry progresses. From where we stand now, the game is neither won nor lost.

The starting point for sustainable spice farming is strong: as shade-loving plants, spices benefit from a dense forest canopy, and the rich biomass found on the forest floor acts as a natural fertilizer. Farmers should be able to both leverage and preserve the landscape’s natural wealth by growing spices and conserving some of the forest. Spices could be grown in forest buffer zones, supporting habitat preservation while generating economic benefits for people living near valuable biodiversity. But without intensified and regenerative practises, basic agroforestry isn’t enough. 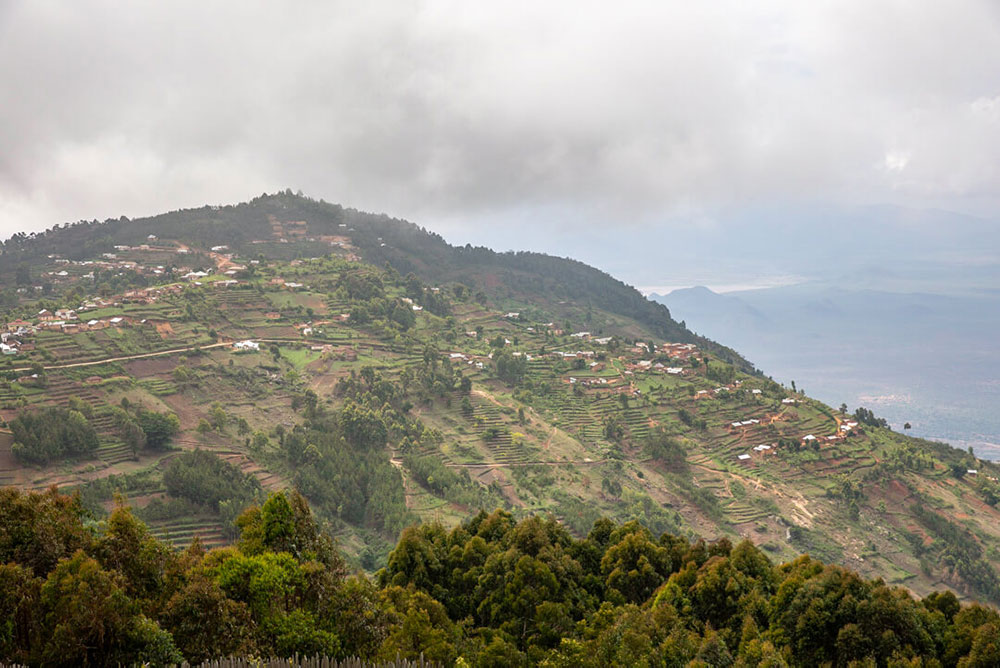 The line between agricultural lands and natural forests in the Eastern Arcs can be stark, and in many cases irreversibly scarred.

To break the degradation trend, like the gradual seven-year decline of soil fertility seen in cardamom farming, more targeted approaches are needed. Farmers need access to better varieties; they need to embrace careful and strategic multi-cropping; they need to upscale rich compost, manure and mulching inputs to supplement the thinned forest cover. By encouraging farmers to work in conjunction with nature, a viable and sustainable industry can be developed.

Promoting financially sustainable, regenerative ways to generate income and food are ways to address poverty and food scarcity – challenges which we know lay at the root of much of the degradation. As high-value, non-perishable crops, spices are attractive commodities. They are also crops which the majority of Tanzanian farmers in this region have experience in growing.

Tanzania’s spice industry lacks cohesion and crucial liaisons that might help farmers and the country retain the value of this sought-after commodity. Many farmers are experienced at growing some spices, but they need technical training to be able to optimize growing seasons and ensure the high-quality yields that can be sold at a premium. Most lack access to the finances necessary to grow their production, reach economies of scale, and improve their efficiency. Organic is the default method of agriculture here, since producers either can’t afford or can’t access conventional fertilizers and pesticides; this is an automatic market advantage, but most farmers have yet to reap the rewards. Premium prices for organic are valuable, however, farmers need to be certified.

These roadblocks keep in place the current cycles of scarcity, where decisions and resources are allocated by need rather than strategy.

So we know there are real challenges, but also some specific advantages for Tanzania as a producer, especially in the present context of the global spice trade. With European governments and consumers now exercising greater scrutiny of their products, there is urgent demand for new sourcing regions that meet higher environmental and social standards. Another important driver is the growing attention on the health and medicinal properties of spices, especially those produced organically. All this widens the gap for Tanzania to get a foot in the door. 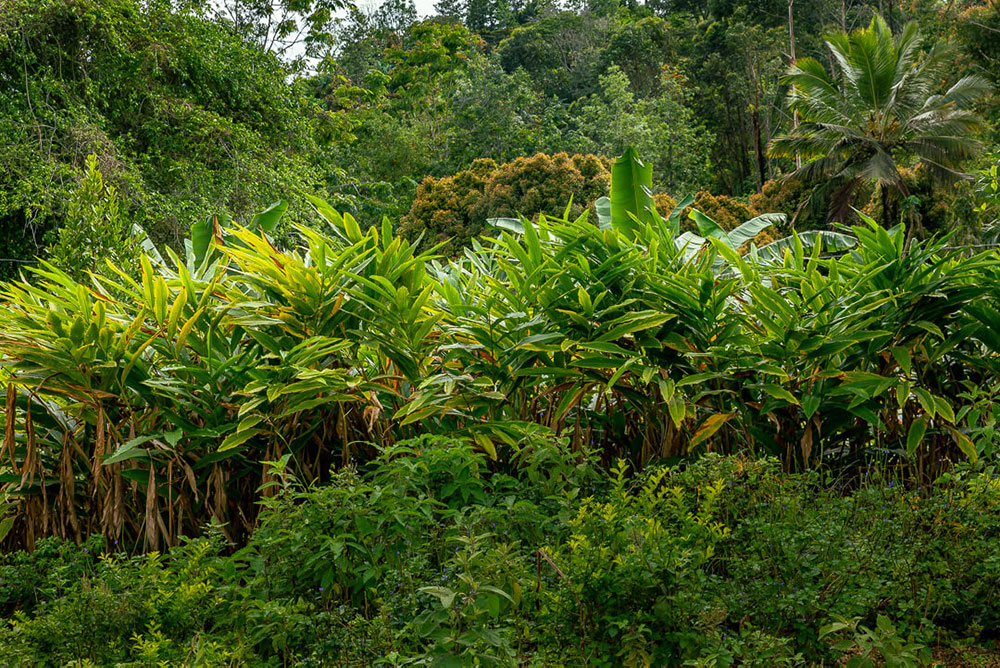 The country’s ability to grow high-quality, organic-by-default crops using environmentally friendly methods gives it the greatest competitive advantage over other nations, but there are reasons for this leg-up. Global supply zones are starting to shift because of the environmental and political precarity in other major spice-producing regions. Vietnam’s production is now shrinking due to crop shortages, brought on by changing weather patterns; spices from India are often compromised by pesticides; buyers are thinking twice about purchasing spices from Guatemala, where drug cartels are co-opting these commodities to finance crime.

The figures also tell a compelling story: The global spices and herbs market was valued at US U$7.896 billion in 2019, and is expected to grow at a CAGR of around 3% between 2020 and 2025, reaching a value of US$9.511 billion (according to market research done by Knowledge Sourcing Intelligence). According to the CBI, the global organic spice market constitutes 5 to 7% of the total spice market, and valued between $750 million and $1 billion US; it is expected to grow by 5 to 7 % annually.

The opportunity is there for the small and medium-scale spice farming and farming-adjacent industries in Tanzania to enter a new cycle: one of abundance, where farmers and forests can both thrive; where high quality products can be regeneratively produced and efficiently sourced, so that local value-adding and domestic processing can flourish in-turn, offering a fair and consistent profit back to the farmers. Altogether, a critical mass can be achieved, improving export viability and market competitiveness.

But for all this to happen a spice leader is needed. A forest-preserving trailblazer, if you will.