We started a regenerative farm from scratch, we want to tell you how

Grounded is turning marginal landscapes into productive fields in Zambia’s Simalaha – while also sowing a culture of sustainable farming. Here’s how we’re working to shape agriculture and the economy in this region.

There are no manuals for building a regenerative farm. Not only is every landscape unique—particularly its climate and soil—but so are the community and politics surrounding it. When we decided to partner with the Peace Parks Foundation to create a commercially viable regenerative farm in the Simalaha Conservancy in remotest Zambia, we were entering a region enmeshed with challenges: human/wildlife conflict, habitat destruction, climate change, a culture of unsustainable farming methods, and complex tribal land ownership questions—not to mention the total absence of infrastructure. We knew that the messy, scrappy business of creating a regenerative farm would take a patient approach that prioritised relationships and process above outcome.

Two years later we acquired 91 ha of land, which we are busy revitalising through regenerative cultivation; we have a team of committed regenerative farmers; we have all the necessary infrastructure of a serious commercial operation. And we built it all from scratch.

There is no step-by-step manual for building a regenerative farm (just like there is no finish line in this process), but we can learn a lot by reflecting on how we got to where we are today, because the how, we believe, really is as important as the what. 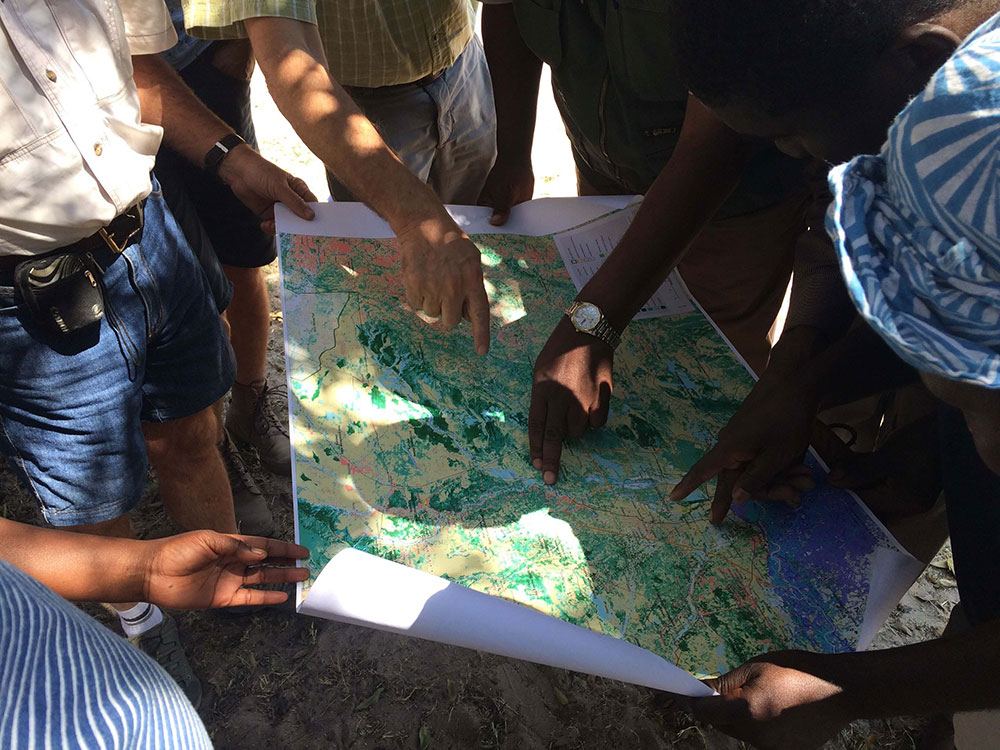 When we first entered the region, we saw vast swathes of potential farmland within the 180,000 ha that comprise the Simalaha Conservancy. But when we started to consider factors like a contiguous piece of arable land not exposed to seasonal flooding, our options narrowed. We had to factor in other issues, too: land not already occupied by villagers, land outside forested areas. 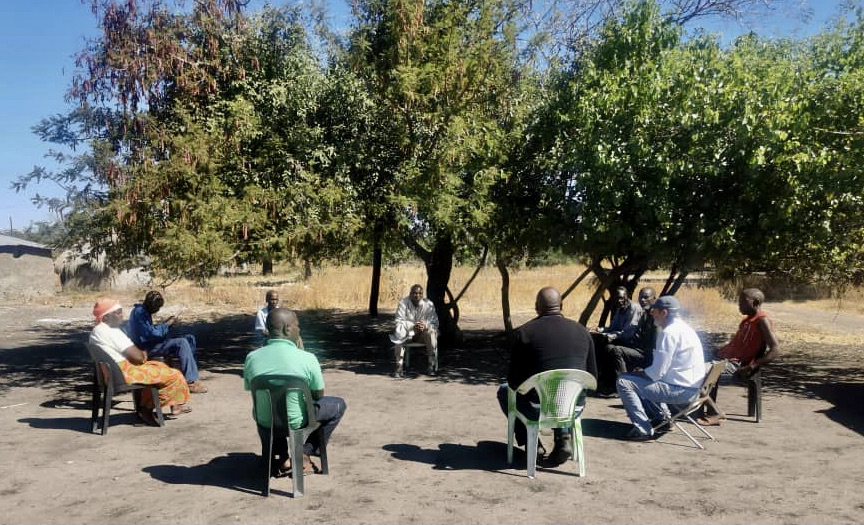 Once we found land that fitted our basic criteria, we had to find the landowners—in this case, the people of Kazuni village. We met the village’s head woman and her advisors to see if they were willing to lease the land, and then discussed our vision for training local farmers and bringing a commercial operation to the region. We began the legal process of negotiating the conditions of the lease, and within a few months we secured a 30-year-lease for a 91 ha plot of land, which is extendable for another 30 years. 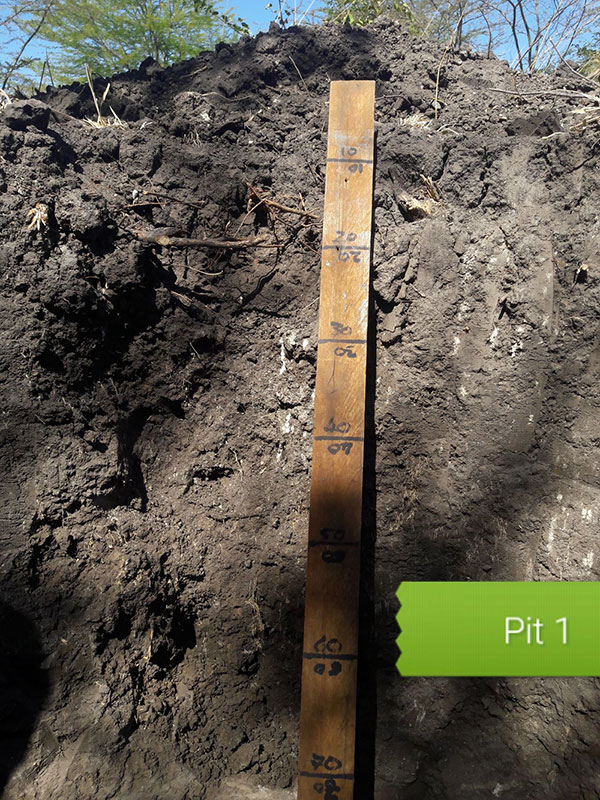 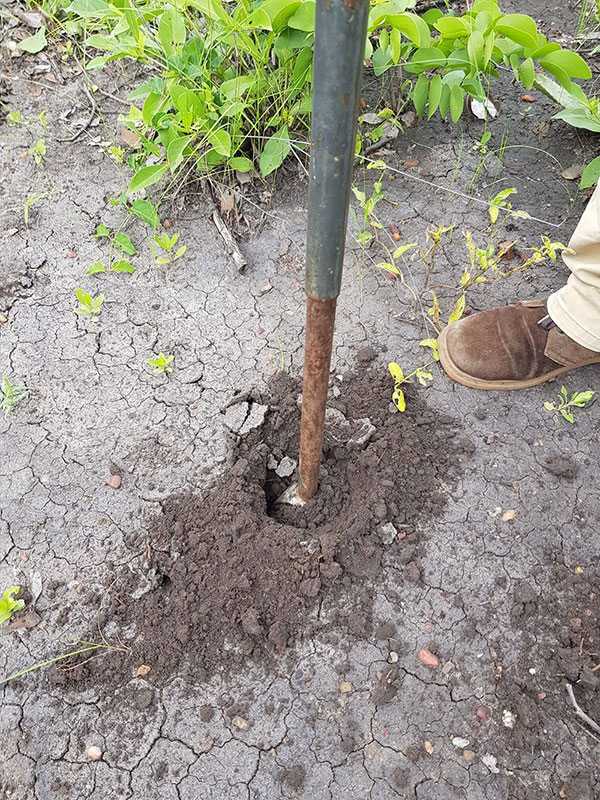 Before we could begin preparing our plot, we had to understand what we were working with. We looked at various soil profiles throughout the farm and conducted water drainage tests, which revealed a very dense clay soil. This informed our choice of irrigation: we opted for a drip rather than a sprinkler system, as this would allow water to better permeate the hard soil without clogging it. We needed a nuanced picture of the soil’s chemical composition—which nutrients were lacking, which were in abundance. We sent several soil samples for testing and analysis back in South Africa, and although shipping samples across borders was slow and arduous administratively, it was essential to creating targeted remedies that could help rectify the soil, as well as establishing a baseline. 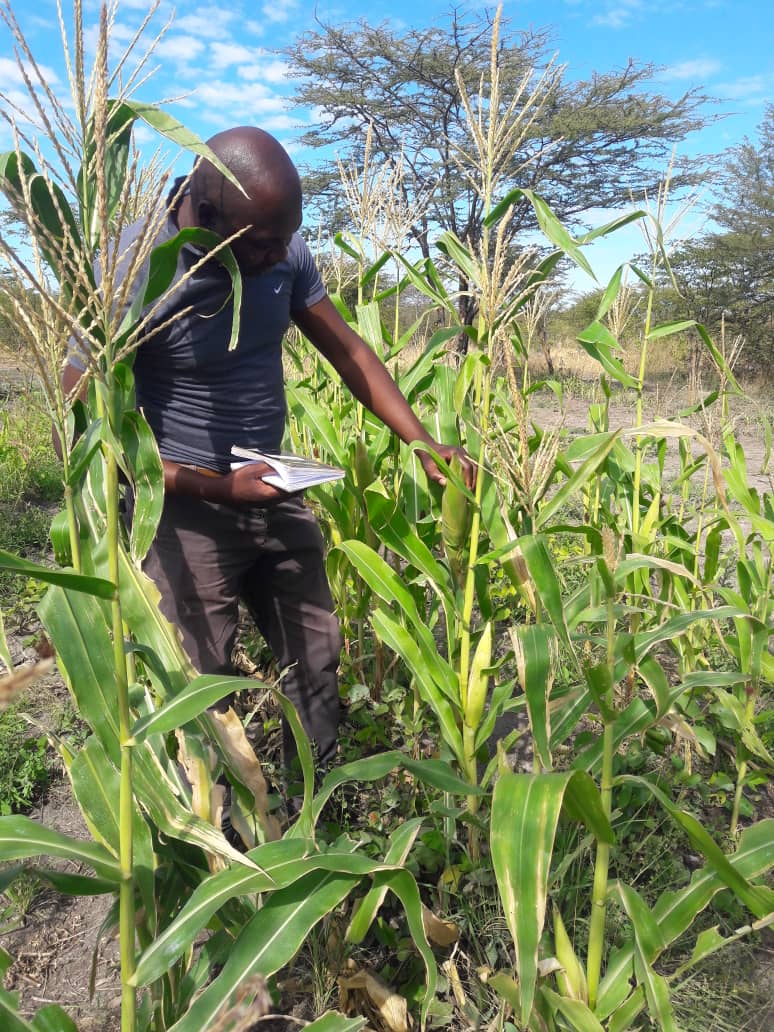 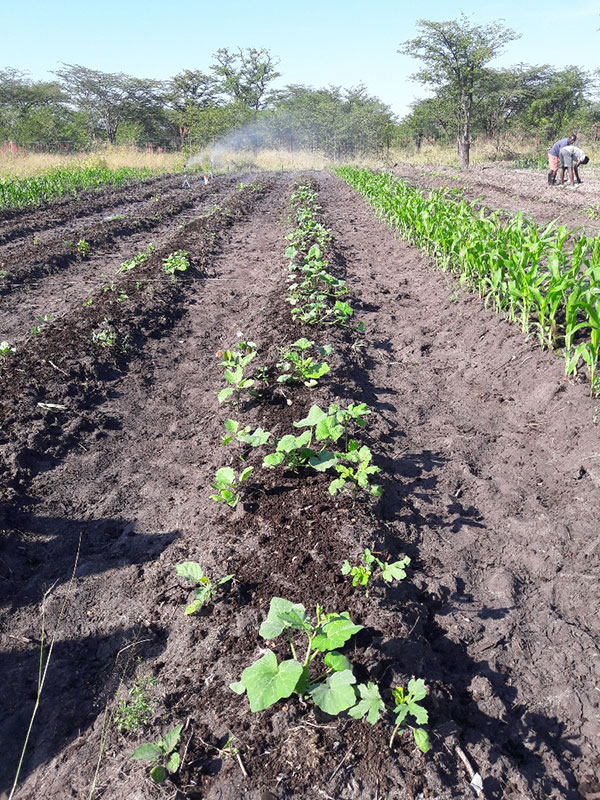 We wanted to plant both staple and high-value veggies for the regional market, but there was considerable choice and risks to consider. Trialling various veggies on the poorest, most deficient sections of our land would help us work through the toughest variables on a much smaller scale. Where the soil was very dense and saline, for instance, we used gypsum treatments to help improve aeration, water-drainage, and pH. 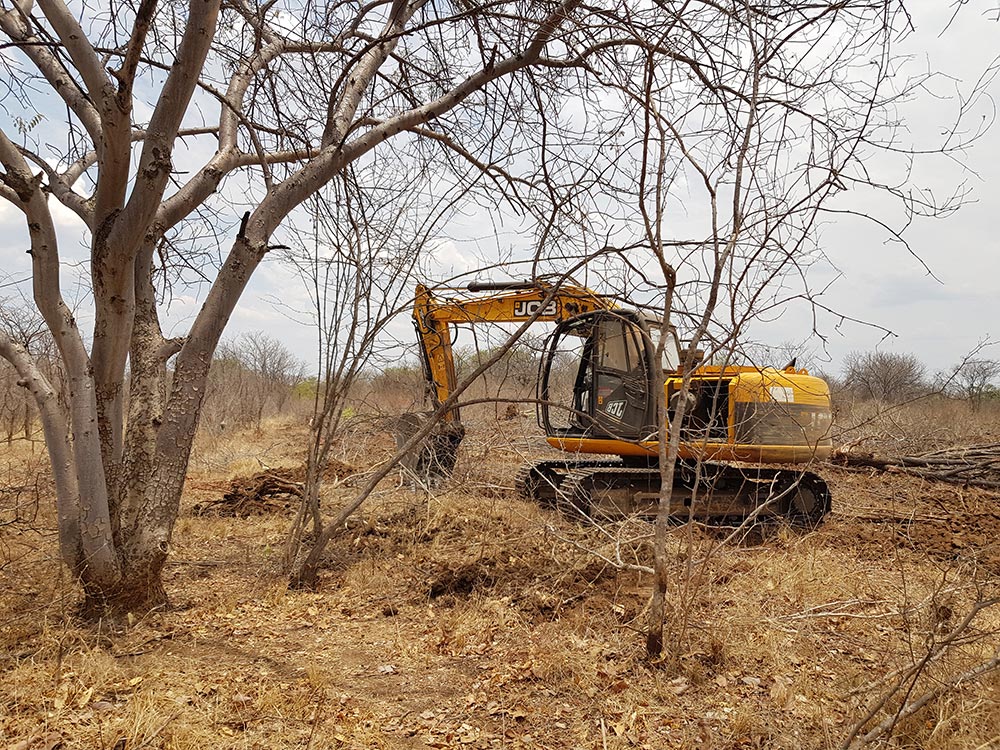 Years of illegal wood harvesting and the resulting absence of old-growth trees and other diverse plant life, means that much of the land we acquired is over-populated with scrubby thorn bushes that proliferate like weeds. Clearing these species required a lot of hard labour and persistence since they seed easily. 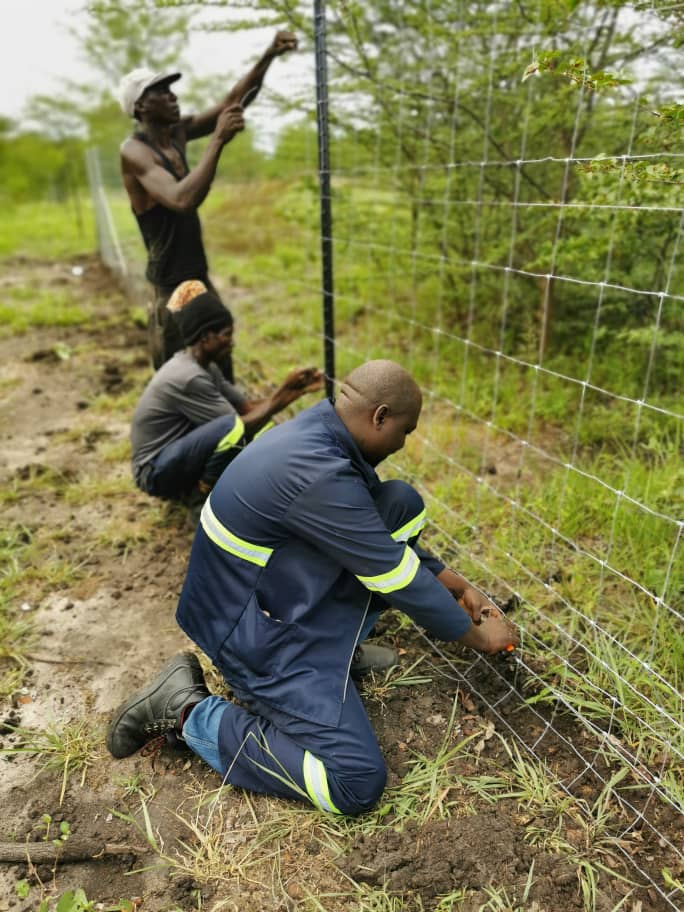 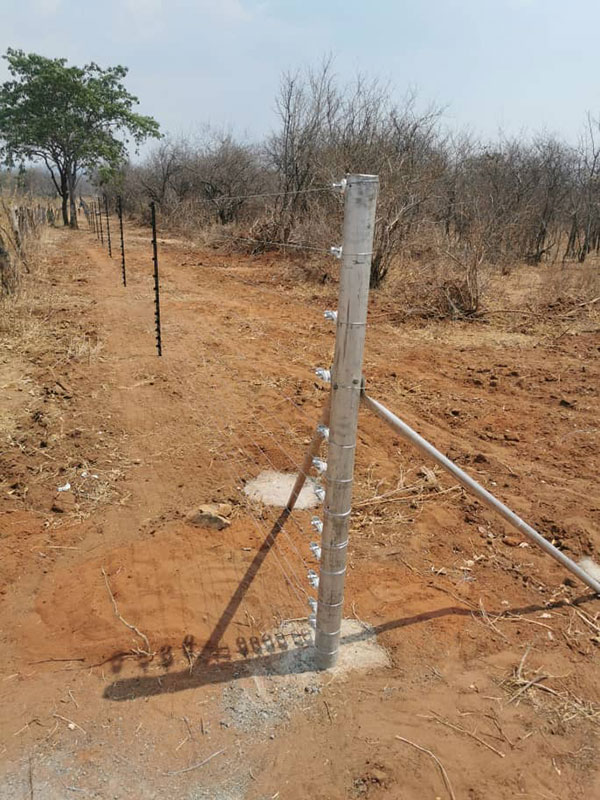 Because the Simalaha Conservancy is encompassed by protected wilderness, farming here means co-existing with all manner of wildlife, including apex species like elephants, which present a constant threat to crops. Good fencing is essential. We cleared the borders of the plot and erected twelve-strand electric game fencing. 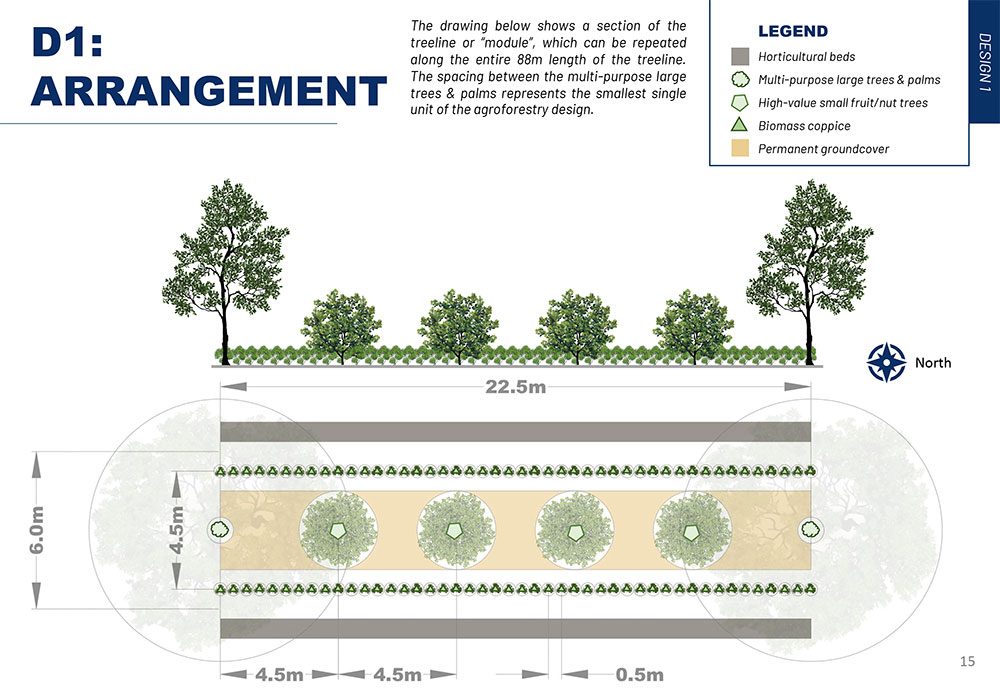 To best support the farm and the surrounding landscape, we wanted to borrow heavily from agroforestry principles for our design. Our farm blueprint consisted of production blocks divided by six-metre strips of indigenous forest, which would help attract important pollinators, encourage the cycling of nutrients, stabilise soil, and serve as weather buffers.

Installing all the critical infrastructure 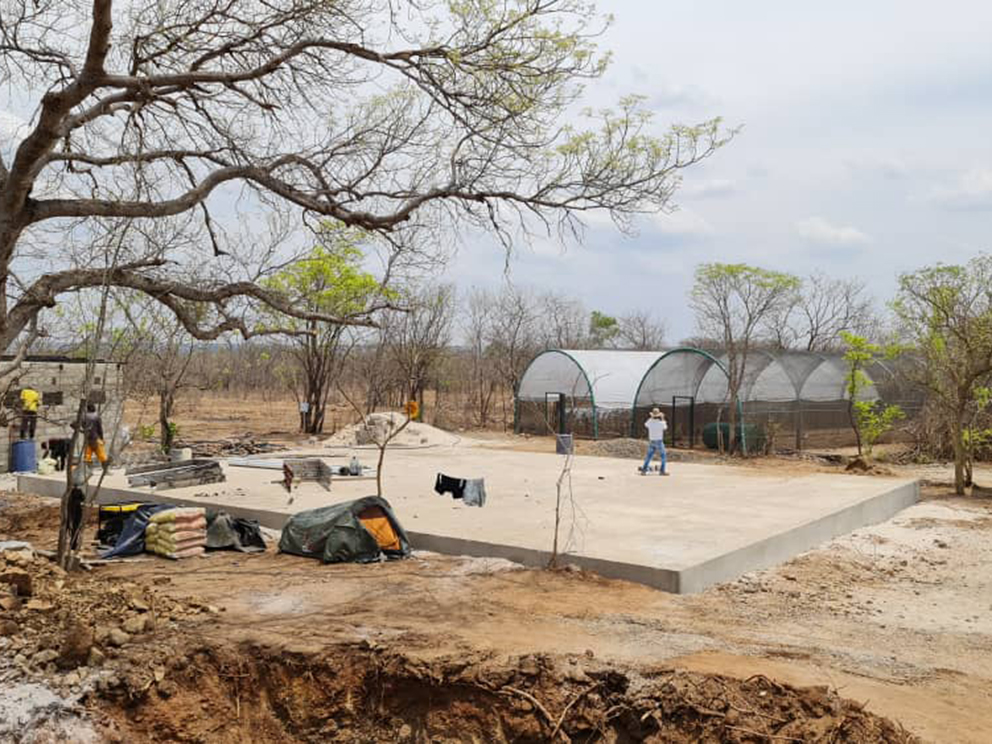 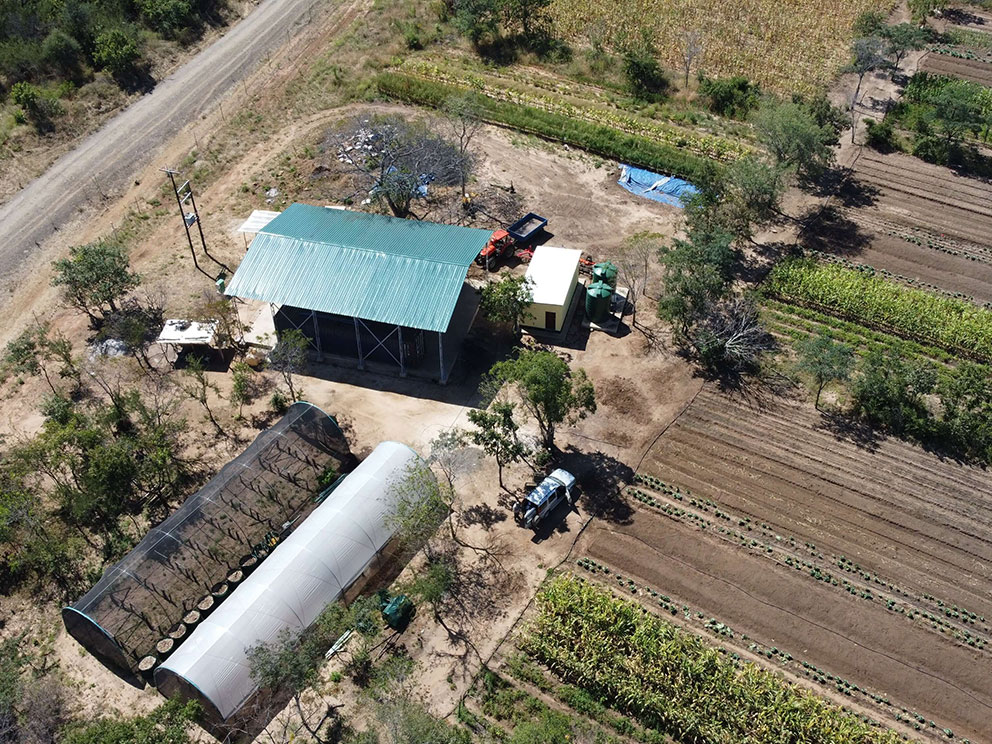 Boreholes, green houses, a transformer to generate electricity and pump water, a farm office and shed to keep our tools—all this infrastructure needed to be erected before we could start our first production cycle. 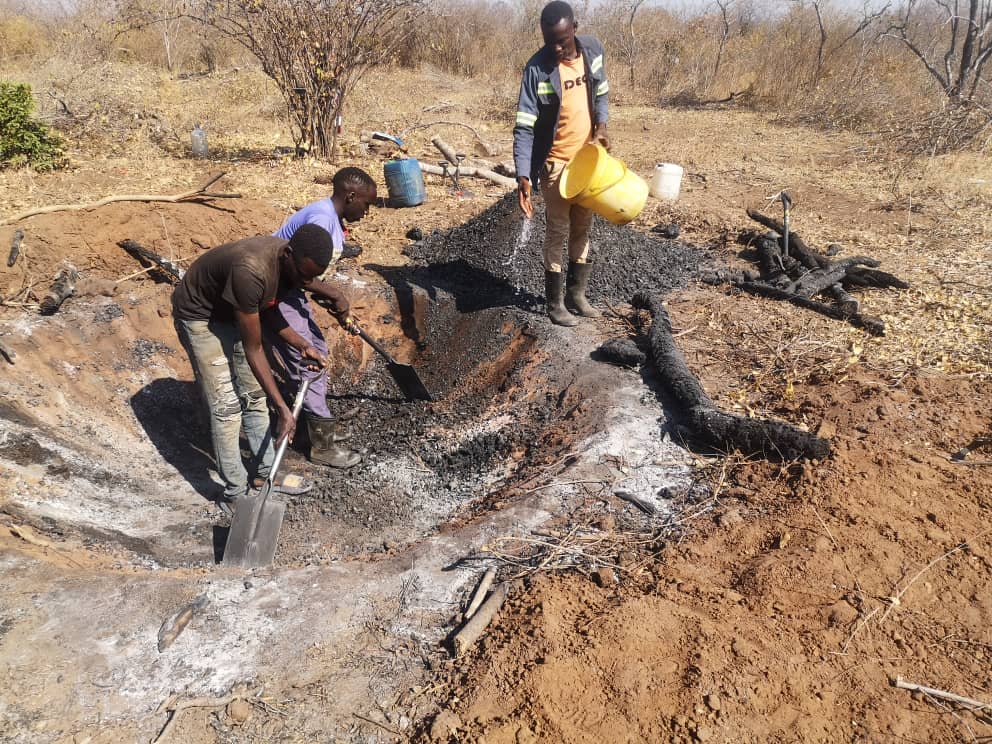 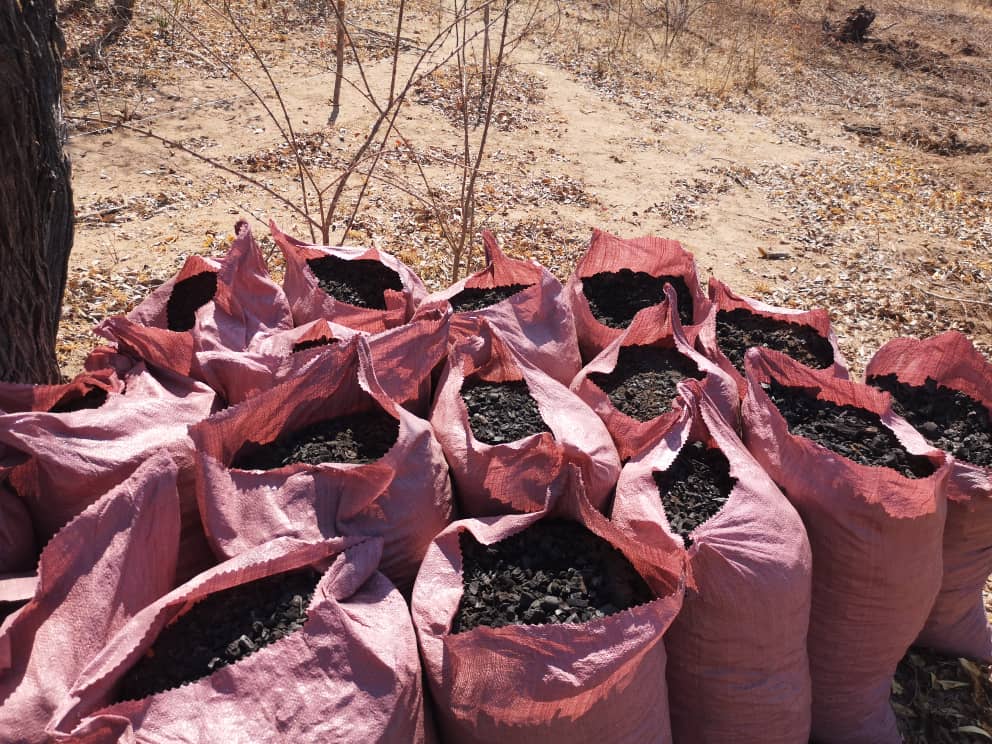 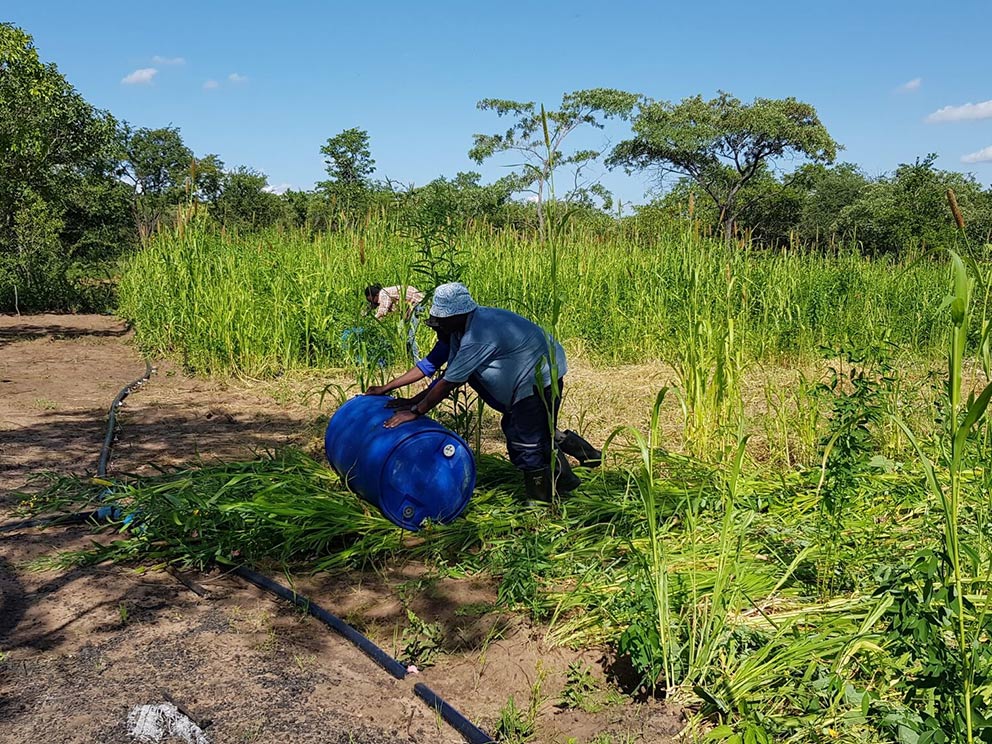 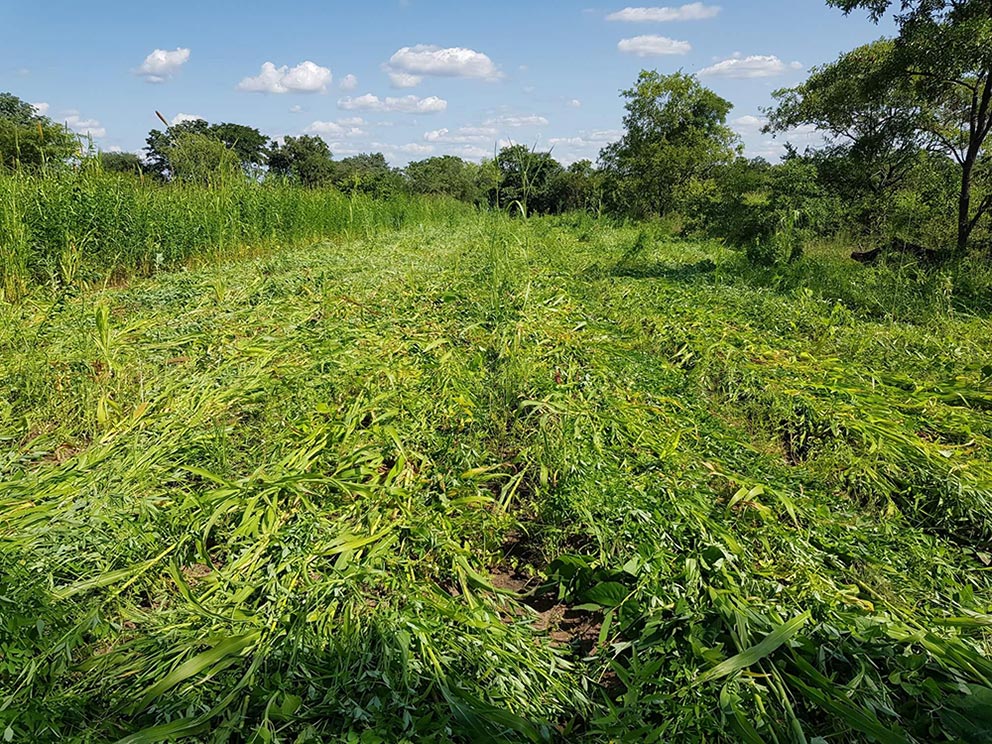 Soil is the lifeblood of any farm, and with regenerative farming, which avoids chemical inputs, inorganic fertilisers, and extensive tilling, starting from a foundation of healthy soil is non-negotiable. We first converted the overly dominant pioneer thorns cleared from our production plots into biochar (a stable, organic charcoal-like substance used to improve soil structure and water retention), which we inoculated with beneficial compost microbes, and worked back into the soil. Next, we seeded a variety of cover crops—lupins, sunhemp, mucuna bean, pearl millet, sunflower, chia, amaranth, buckwheat, corn—that we also incorporated back into the soil for the benefit of the soil food web and nutrient-rich biomass—what’s known as a ‘green manure’.

Alongside the soil preparation, we began sprouting seedlings for the main veggie crops to be planted for production, as well as preparing our cover crop seed mix to be sown directly into prepped fields. Attempting to restore the soil, and farming in a way that is also in sync with the ecosystem, means nursing several projects at once! 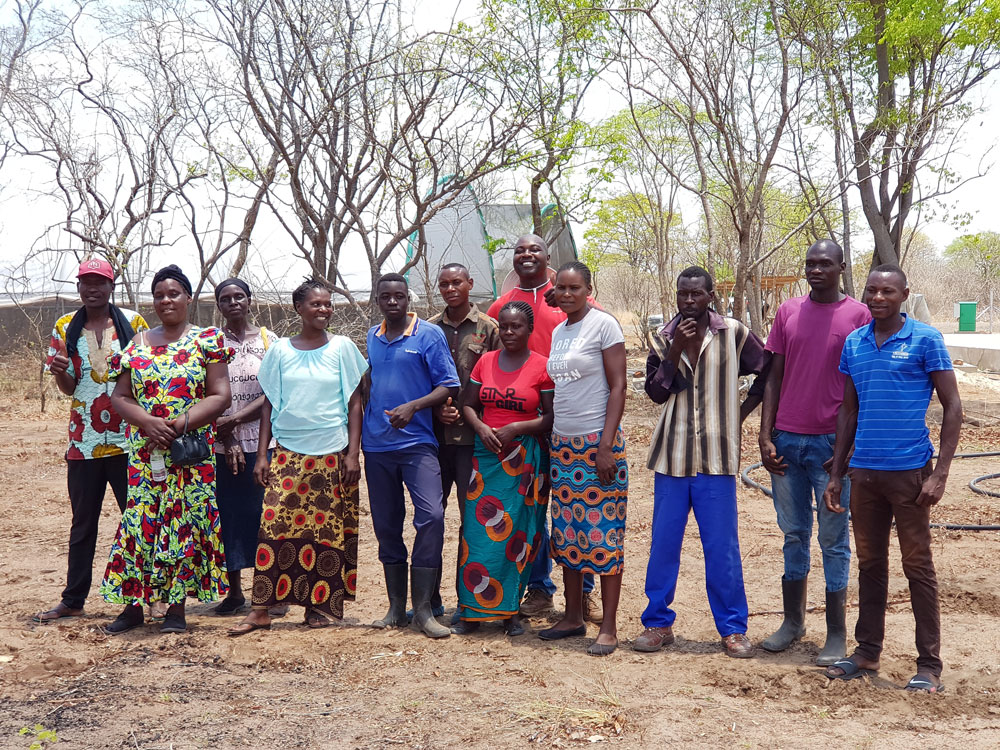 Our motives for entering the Simalaha were two-fold: to prove that farming could be both ecologically sustainable and commercially profitable. And to do this we needed the right bunch of experienced farmers, willing to dig in and try something new. After extensive community consultation and engagement, we assembled a team of 11 men and women motivated to learn to farm regeneratively—and for a profit! 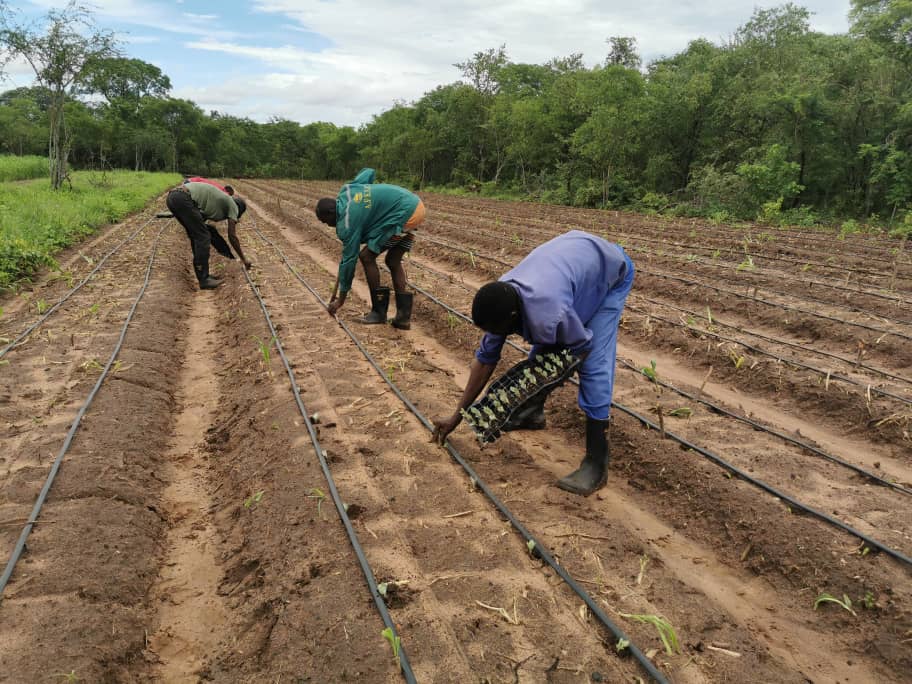 In November 2021, we planted homegrown seedlings in our first two production blocks. We started with maize, cabbage, and tomatoes—veggies that our local farmers know well, and that have a stable market in the region.

Where we are today 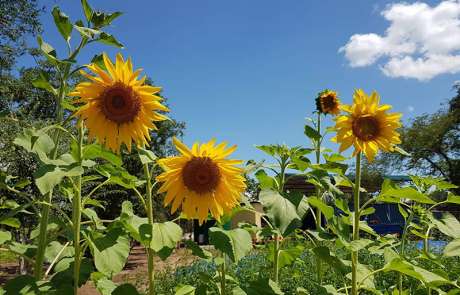 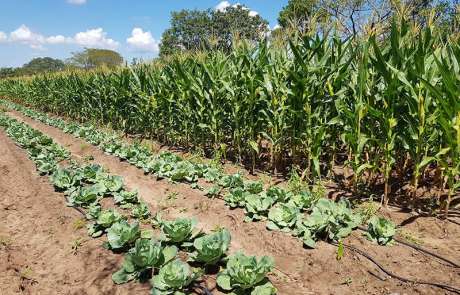 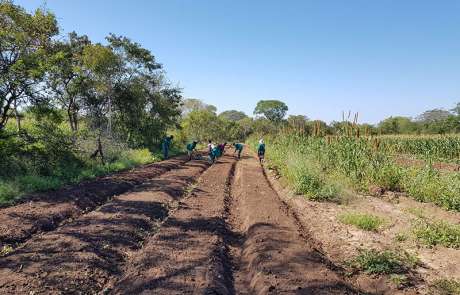 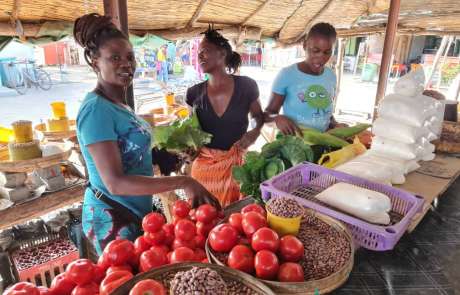 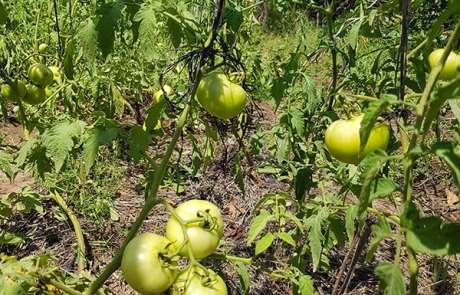 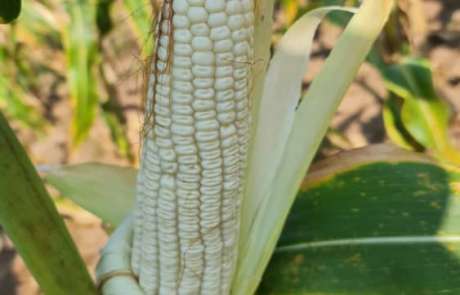 As of April 2022, our first few plots are growing a successful bunch of veggies, which we’ve started to harvest and test with the local market and vendors, while planting our first season of onions.