What’s the big deal about honeybush?

Our resident botanist Elzanne Singels enumerates the many uses of South Africa’s wonder plant, reckons with the dangers of a budding commercial industry, and highlights the importance of sustainable honeybush cultivation. 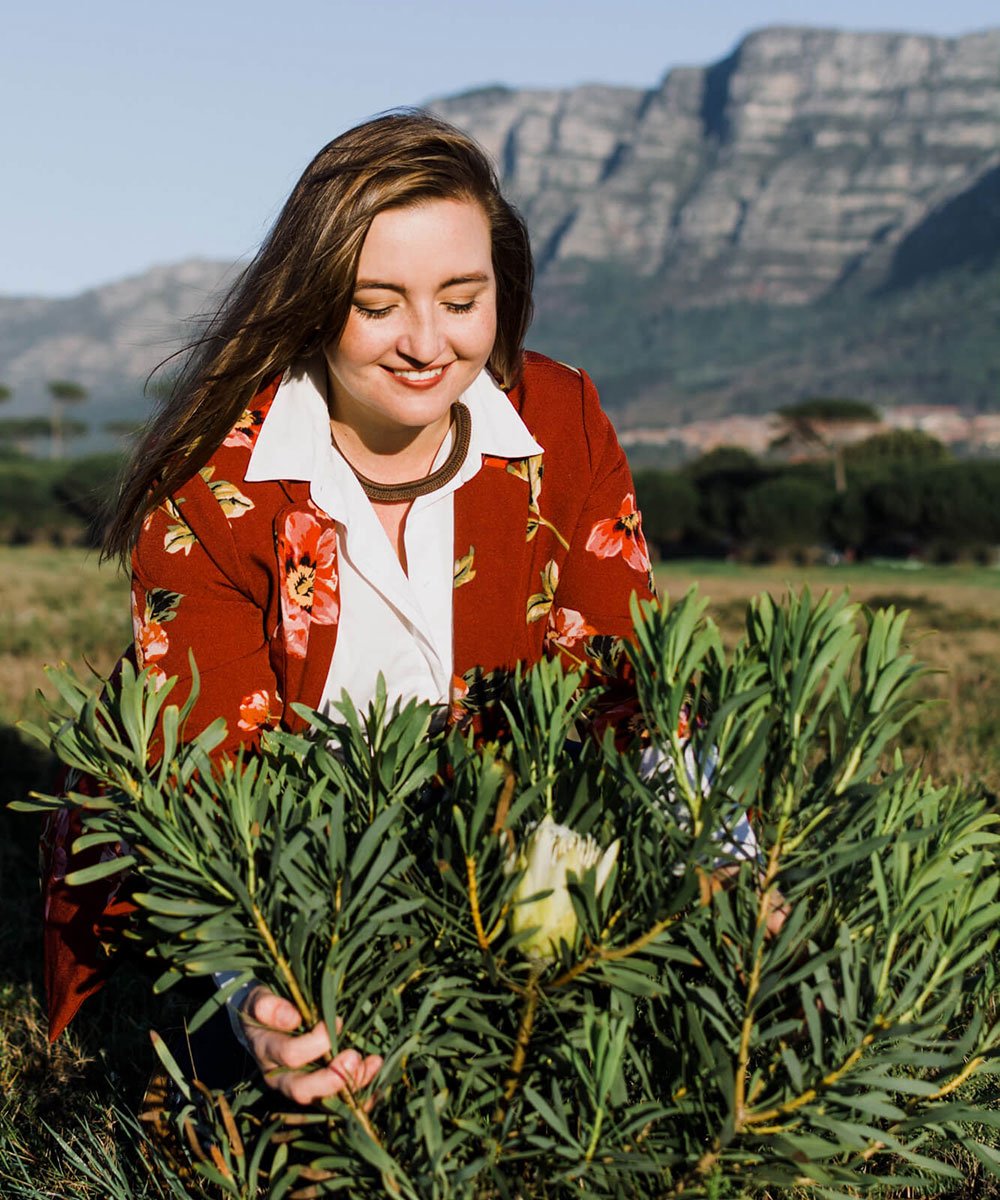 For hundreds of years, people have thought honeybush to be an exceptional plant with healing properties. The Khoi and the San peoples, indigenous to South Africa’s Cape region, used the leaves medicinally—for everything from boosting immunity to treating respiratory illnesses like asthma, tuberculosis and pneumonia. Even early colonists arriving from Europe in the 1600s took note of the tea, as we see through historical records from the Eastern Cape’s Langkloof Valley. In modern times, thanks to renewed interest in ancient knowledge, honeybush is making a come-back.

Thanks to renewed interest in ancient knowledge, honeybush is making a come-back.

Honeybush is the common name for the Cyclopia genus, which contains 23 species and is endemic to the Cape Floristic Region—a small area at the tip of Africa with the highest diversity of plant species on earth.

These perennial plants play an important role in this ecosystem—not only are they naturally adapted to fire (a common phenomenon in these habitats), but they’re accustomed to our nutrient-poor, low pH soils. They are, quite literally, essential to the stability of this landscape.

They naturally occur on the moist southern slopes in the mountainous regions in the Langkloof, where, traditionally, wild populations could be harvested sustainably. The increased popularity of the tea has put undue pressure on the wild populations, and of the seven species commonly sold on the market, five are listed on the IUCN Red List of Threatened Species.

Honeybush tea has a sweet floral flavour, is low in tannins and naturally caffeine-free. When brewed, many species have an amber color like the better-known rooibos tea, though discerning palates will find the flavour profiles quite distinct.

Besides a unique flavour, honeybush has a host of bioactivity, which has already been useful for a range of industries, from cosmetics to nutraceuticals and pharmaceuticals. As science begins to further confirm anecdotal evidence about its benefits, we have good reason to expect many more uses from honeybush.

We’ve only just scratched the surface. 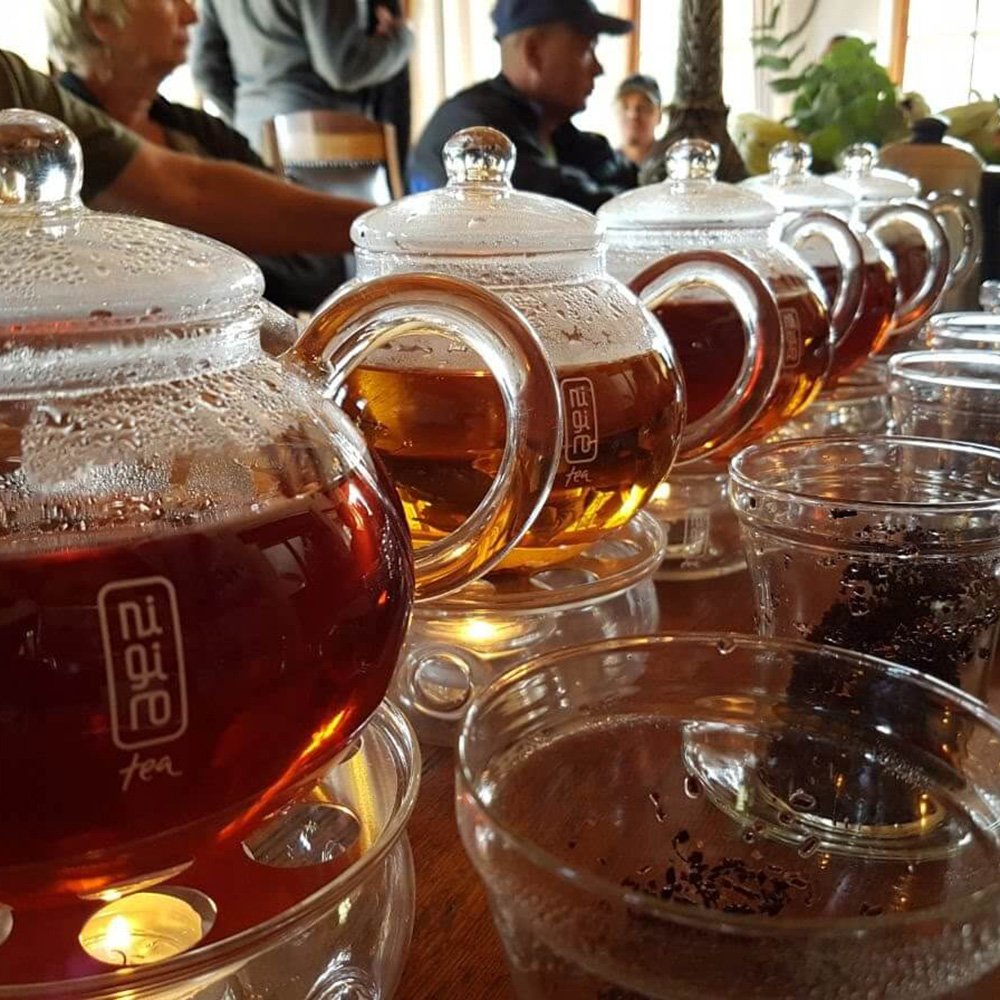 Ah, the many different flavour profiles of Honeybush

What we do know is that honeybush contains a range of exceptional compounds. Although their concentration and combination are unique between species, most contain antioxidant properties and antimicrobial activity. Three dominant, common compounds are found in almost all the 23 Cyclopia species: xanthones (mangiferin and isomangiferin), flavanones (hesperidin, eriocitrin) and isosakuranetin.

The most prominent compounds are antioxidants, which work in the body by binding to free radicals that cause radiation and degrade the cells; antioxidants are responsible for everything from reducing signs of aging on the skin and supporting immune function to removing toxins.

Increasingly, researchers in South Africa are testing the active compounds in honeybush for their medicinal potential to treat illnesses like heart-disease or cancer. Many honeybush extracts contain pinitol, which acts as an anti-diabetic by increasing the effect of insulin to better regulate blood sugar. Though still in the early stages, preliminary results have been promising.

Increasingly, researchers in South Africa are testing the active compounds in honeybush for their medicinal potential

The species C. intermedia has been successful at mitigating sun damage and shown promise in early research on the prevention of skin cancer. In fact, when tested against other teas as a preventative measure for skin cancer, honeybush was more effective than either green tea or rooibos extracts. Studies in mice show honeybush extract can reverse sun damage caused to the skin and protect against UVB radiation, also preventing skin cancer.

Many honeybush extracts also contain pinitol, which acts as an anti-diabetic by increasing the effect of insulin to better regulate blood sugar.

The cosmetics industry has taken more than a surface-level interest in honeybush, applying extracts to creams, oils and scrubs to capitalise on their wrinkle-reducing and smoothing potential. The whole-leaf tea is often added to soaps, scrubs and other products as an exfoliant with bonus antioxidant properties.

Honeybush has found a devoted following in the beverage market. Besides its popularity in pure or blended teas, fermented honeybush, green honeybush and honeybush extracts are used as a flavour additive in various gins and spirits, and as the principle ingredient in kombucha and ready-to-drink iced teas. Increasingly, extracts are used as an organic alternative preservative to sulphur, which opens up huge potential for winemaking.

They might also be vital in saving the wine industry. Extracts have been tested for their effects on the fungus that causes widespread yield-loss: Botrytis cinerea. When used in the correct concentration, they proved effective in combating the fungus growing and spreading on grapes.

Honeybush could be a compelling alternative to commercially available fungicides, which are harmful to the environment. 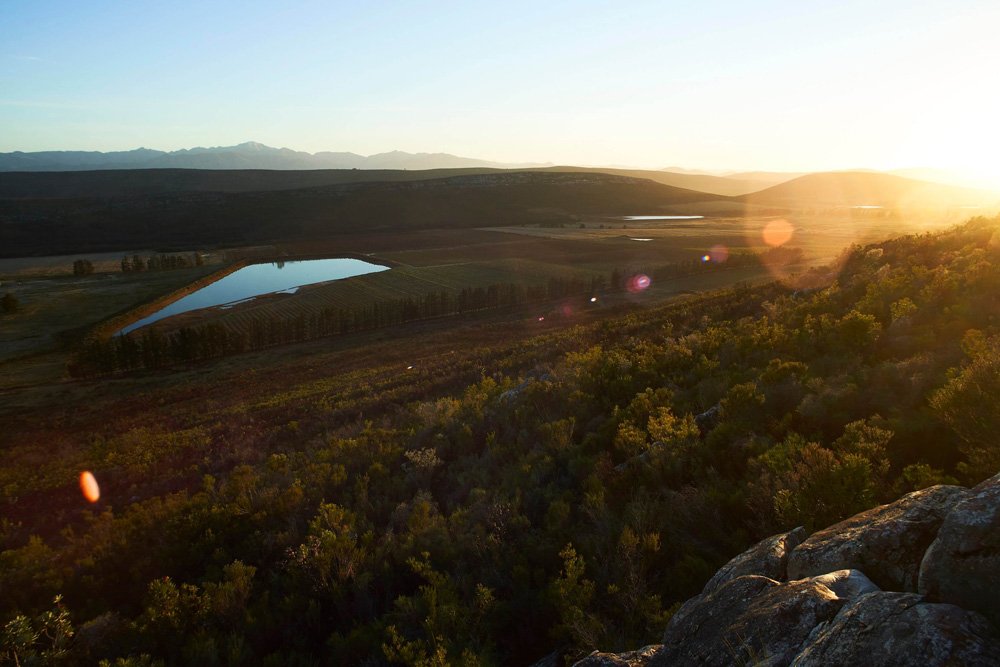 Sunset in the Langkloof Valley, where Honeybush is sustainably harvested.
Photo by Gareth Hubbard

A dynamic genus, there is a lot of untapped potential in honeybush. Indigenous peoples may have been harvesting it for hundreds of years, but it has only traded significantly on the market for about thirty, making the transition from small-scale cottage-industry-product to commercially-cultivated-crop, extremely swift.

Today, around 300 tons of honeybush tea are produced annually, the bulk of which is exported to Germany and the Netherlands for herbal tea. Experts think it’s only a matter for time before the honeybush industry emulates the success of rooibos, which is one of South Africa’s most coveted exports.

Not only is this a hugely promising international opportunity, but an extremely valuable local one for farmers and communities. If cultivation is pursued responsibly, this industry could be an environmentally sustainable way to expand farming on land considered low-grade in standard agricultural terms.

The risks & responsibilities of farming honeybush

Already there is reason to fear the exploitation of honeybush. Unsustainable wild-harvesting has put strain on the wild populations, while cultivation poses its own threat. If not carefully monitored, the domestication of any plant, because of the associated hybridisation, can infiltrate wild populations, forever altering the genetic make-up of the original species. This can have drastic environmental implications.

Unsustainable wild-harvesting has put
strain on the wild populations, while
cultivation poses its own threat.

If growing demand for honeybush is to be met, it must be cultivated, and stock that is still harvested from the wild must be subject to sustainable wild harvesting plans. 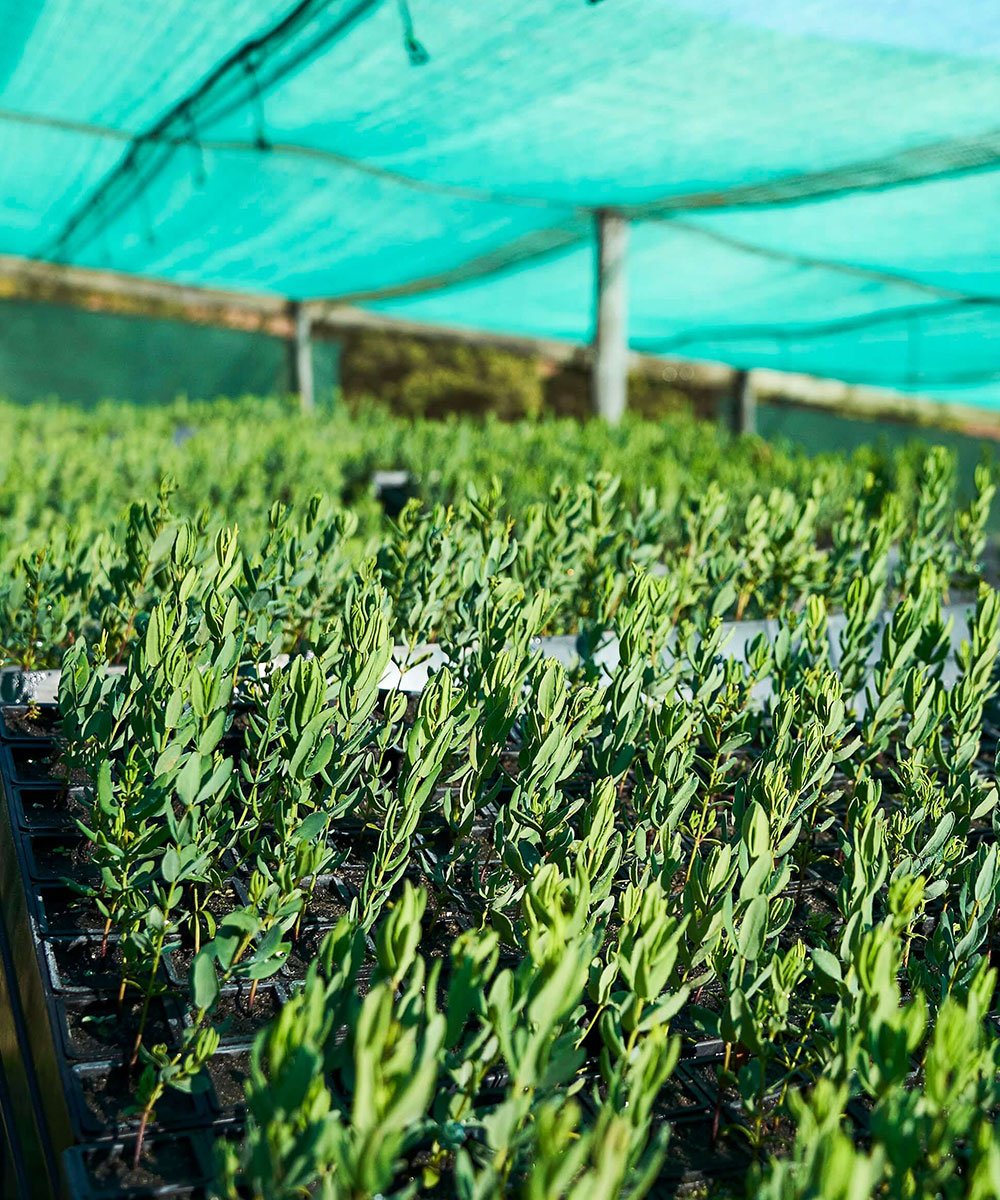 Not all honeybush is created equal. Consistency of tea produced through cultivation and wild harvesting fluctuates hugely. Many factors affect the flavour and quality, but the antioxidant content is greatly impacted by processing (unfermented tea has much higher antioxidant content). With cultivated plants, the age of the field has a huge impact on the antioxidant properties.

As the industry is in its infancy, it is especially critical that it is carefully monitored for quality and for threats to the integrity of its species.

The mis-labelling of honeybush/rooibos can also be costly to the reputation of both teas, especially as honeybush’s profile increases.

Mindful consumers are key to ensuring honeybush remains a valuable natural resource. Know the origin of the honeybush you buy, and how it was farmed. This will ensure your purchase retains all the quality it promises—the health benefits for your body, and the environmental and socio-economic impacts for communities.